For those who are bored with ordinary contact lenses, an artist-designer in the Netherlands named Eric Klarenbeek has created what he calls The Eye Jewellery Project, for people who have been dying to dangle diamonds from their eyeballs.

The Swarovski ‘Sparkle’ product that we introduced last week, looked okay, but just looking at this contact lenses jewelry gives me the creeps. I don’t know about you, but feeling a thread between my eyelids every time I blink would take some getting used to. 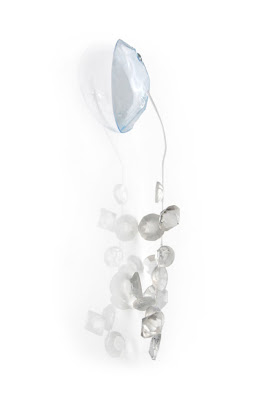 Also, blinging in this manner may pose some problems : besides having to figure out what to wear with it, some pain may be involved.

Klarenbeek was asked on a video he posted on the project what would happen if someone tugged on the line, the artist responded, “It just falls out, or in worst case, the wire might break.” At least you wonâ€™t watching your eyeball fall out. 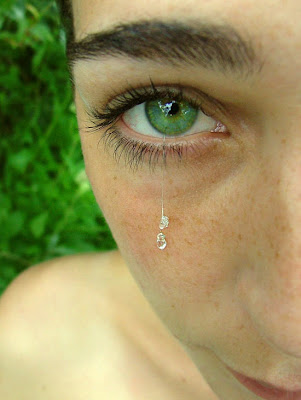 Dr. Brian Boxer-Wachler, an ophthalmologist based in Beverly Hills, warns that potential bleeding may occur as the string scratches against sensitive skin layers. “It looks like it would rub against the bottom of your eyelid as it swings around,” he said. “And so I would expect it to cause some irritation if it were to be worn for a prolonged length of time.”